As a young boy growing up in Chattanooga, I was not particularly fond of fish. My father seemed to be enthralled with eating trout, flounder, and other fish wherein navigating fish bones was an accepted part of the process.

I was not the least bit intrigued with fish bones.

Boneless fish fillets were not as common in the 1950s as they are today. I suppose grocers believed the hungry public to be more robust in those days. I say this tongue-in-cheek, of course (or it could merely be a cantankerous fish bone my tongue is wrestling).

As an adult I have learned to enjoy fish of many kinds: salmon, white perch, swordfish, tuna, sea bass, flounder, mahi mahi, etc., but . . . ALWAYS ones that have had the bones removed. Of course, on occasion you will find a nasty bone or two even in the best of fillets, but thankfully that is the exception.

Flounder is an interesting word, isn’t it?

Some think it is a variation of “founder,” and others find it to be a combination of terms. Of course, flounder is not just about a type of fish. More often than not it is used to refer to a clumsy struggle, a helpless stumbling; faltering, wavering, muddling.

Early roots of the word suggest the flopping about of a fish out-of-water. Truly, that is an apt description of what happens when someone flounders, don’t you think? Picture the scaly creature flailing about, desperately attempting to move in hopes that movement of some kind will bring relief.

Political officials are making decisions and establishing laws that are polarizing members of the public. Lines are being drawn, but unlike previous eras when a majority of people seemed to agree on the parameters, there exists now a preponderance of varying points of view, often classified by race, gender, sex, or sexual orientation.

We are losing (or have lost) the cohesive nature of our society. We are coming unglued.

From the Panama Papers to the current candidates for President, from Wall Street to the $15 minimum wage, from the controversy over possible LGBTQ discrimination to the assertion that all citizens have a right to affordable health care . . . our melting pot society is approaching a melting point.

We cannot seem to make up our minds on who we are.

Our diversity (which we often applaud), and our open mindedness (which we laud) have made us something like the chameleon; our colors are changeable at will. We have been taught the mantra of tolerance, inclusion, acceptance and openness. And we have become so proud of our assumed “love” for all things human that we no longer have a way to define right and wrong, good and evil, moral and immoral.

We are like the children in the 1989 movie, “Honey, I Shrunk the Kids,”  hiking in the tall grass and weeds of our own backyard, running for our lives from the small insects that have now been elevated to a position of power heretofore unknown.

Our efforts to follow the new mantra, to embrace the new morality, have weakened the very foundations of our society. And . . . there will be a price. There will be a consequence. 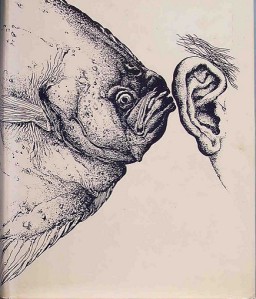 Those who reject Divine Revelation and see all religion as antiquated at best (and downright devilish at worst) are convinced that Mankind itself is fully capable of governing itself, establishing a functional moral code of ethics, and exacting proper punishment on those who do not comply.

And yet . . . in the next breath those very same individuals will observe the governance of our country’s legislators and posit that we obviously don’t have the capability to govern our own selves with any sense of fairness or justice.

Recently the State of South Carolina has come under fire for passing laws that give businesses the right to deny services to persons on the basis of sexual orientation, etc. The uproar this has created in many tech companies across the country is formidable. In fact, some states who are opposed to this legislation have requested that persons intending to visit South Carolina not do so. And businesses (the film industry, and others) are plotting ways to withhold work from this state to punish it and apply economic pressure.

It may just be me, but – it sounds like opponents to South Carolina’s discriminatory decision are requesting that citizens use discrimination against South Carolina to coerce them to comply with them.

Unless there is a respected standard of behavior to which citizens adhere there will be no end to the social floundering ahead for us. When each man does “what is right in his own eyes” disaster isn’t far away.

When the Magna Carta was issued in 1215 A.D. the intent was to limit King John’s powers and protect the church and the barons from tyrants. Its influence can be seen in the Constitution of the United States as well as the law codes of various nations. It was preceded, of course, by a number of even more ancient law codes; the concept of laws for the masses is as old as civilization.

But what appears to be happening now in our society is a gradual relaxation of certain laws, specifically laws and customs which govern acceptable social behavior, heretofore thought of as morals.

Morality is approaching a point now where the worst abuse of it is to define it.

We are quickly becoming afraid to pronounce a behavior as “right” or “wrong.” That’s because the only thing we are confident in condemning as WRONG is the audacious and narrow minded remark that something might be “right” or “wrong.”

We are lost in a forest of our own making, surrounded by oaks that tower over us and obfuscate the horizon that could serve to guide us in our journey, oaks that once were small plants, and then saplings.

Unaware of our plight we flail about, positing our political points of view, angered by the narrow mindedness around us, and puzzled that others do not share our point of view which clearly is not only sensible but correct, and humane.

We flounder now. But soon we will lie still. Bones all removed. We are a fillet waiting to be fried to a deep golden brown.

I think we need to refer to the cookbook. Because on our own we are bound for the very demise we so earnestly and passionately seek to avoid.

12 Responses to Flounder, anyone?